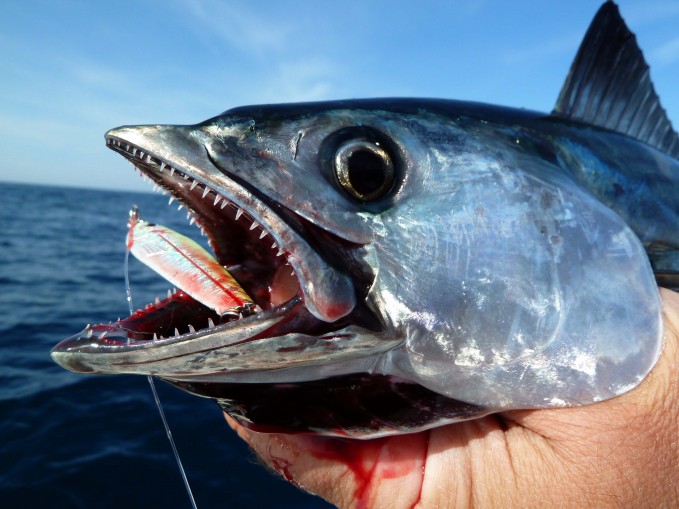 One important question for a cut bait fisherman is what bait to use and what will work the best. Sometimes we have all put a live or chunked bait on and thought “Now this is the bait that will catch the big one” or “This thing is not going to stay on the hook on the first cast”. As fishermen and our experiences with fishing, we sometimes know and do things through experience without thinking about it. It becomes second nature to more experienced anglers but unfortunately this is not the case with everyone.
We will stick to cut bait fishing as this pertains to the bulk of the website and the quarry we seek out. I’ll touch on a few reasons for the fresher bait over the older bait questions.
Popular opinion sometimes thinks that a big dumb shark or ray will eat any bloody piece of bait that is presented in front of their face… the stinkier the better mentality. This is not at all true. Even if you are a vulture or Hyena, most creatures will seek out a fresh kill or in this case a fresh bait over one that has the smell of death. This is due to the senses they have acquired through evolution as they or any creature instinctively knows what is more appealing to them through scent.

I’m not a guy that likes to anthropomorphize creatures, but I think this is a fair comparison for the question in hand. When you smell something , let’s say a fresh fish fillet as we are talking shark bait here, it doesn’t have a smell that puts you off (Unless you are like Steve and don’t like fish). If you let it sit there in a hot garage for a day, you’ll have a much different reaction of the fillet as it will be usually followed by a repugnant rotting fish smell. The fillet is overcome by a strong and sour smelling odor. Most organisms are repelled by that particular smell unless hunger pains outweigh the repulsion of the odor. I’m not saying that a shark won’t eat a nasty old fish, but I will say if an opportunity arises for them between a “Fresh Kill” and a “Rotten Kill”, they will take the fresh kill a majority of the time.
When a bait sits in your freezer, it does not stop the rotting process, it just slows it down. Unless you have a Cryo-freezer unit like liquid nitrogen unit which would put the bait in suspended animation, it will continue to rot in the freezer… just at a much slower process. You can tell a mackerel that has been in the freezer for months as opposed to the one that has been in the freezer for a week for example.

Besides the scent factor, fresher baits stay on the hook much better than older baits. The meat is more condensed and taut while an older bait has the muscle fibers breaking down at the cellular level. This makes the bait “softer” and more prone to cast off the hook by the force of a long rod trying to get your bait out into the zone. If I don’t have a fresh bait available, I actually like the fresh frozen. This is bait that I have caught, such as mackerel or bonito, that has been in the freezer for a month or less. Soon as it passes that month being frozen, it starts to freezer burn and form ice crystals which means the cells are lysing and the bait is becoming soft and rotting slowly in the freezer. It will still work for bait, but over time you’ll be perfecting your big game fishing techniques and it will be evident that the freshest baits will attract more bites.
One last major bait question we will deal with in this article is how many times can you freeze and defrost your baits before they become mushy and not good to use? 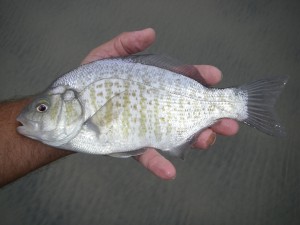 The more you freeze, thaw and re-freeze your baits… the quicker the rotting process goes and even accelerates as the expansion of the cells between defrosts and re-freezing cycles just ruins the meat. I usually stick with the rule of thumb that I will keep a bait for one re-thaw/freeze and use it for mud marlin, bay fish or chum after that. If you can keep your bait from totally defrosting by storing it in a cooler bag and keeping them still staying partially frozen, then you may get a second trip out of them but they will not be used as my alpha baits. I’ll use the multiple re-frozen baits as trash fish bait, usually during the light hours or when the bass, eels, or shovelnose guitarfish are ever present and I am waiting for the sun to drop into the magic hour. I look as using this older bait as “putting some scent in the water” where I am casting. It hopefully catches the big game’s attention and gets them in the area where I am casting. However when magic hour hits, the fresh prime baits go on the hook for when they come to make a closer inspection of their meal before inhaling it.

In summary, this is my personal preferences for getting fresh bait that you plan on using or freezing for short time use.

• Go to the local pier or jetty armed with your mackerel or bait gear. Be sure to have a cooler with ice in it as that will help to preserve the freshness no different than you icing your own fish for consumption. When you get home, assign what you catch to what you usually go through “bait wise” in a long rod session and portion out gallon baggies with one evening’s worth of bait in each bag. I like to lay my bait out flat before freezing to prevent me from having to rip the frozen fish off each other on the night of use and they freeze much quicker, but that’s just pulling at straws depending on what you like to do. Now you have portioned out bags of fresh bait and you will know how many trips you can fish before having to go out on another bait run. You also don’t have to freeze and defrost more than you need for a single session. Of course, it would be best to use the macks/bait you caught that night, but it sometimes does not work out the way you plan.
• Bring small surf gear to catch some perch or other surf fish that would make exceptional “Match the Hatch” baits for surf sharks and big game. The only thing here is sometimes the perch, yellowfin croaker and other surf fish do not always cooperate with you and you spend a lot of time on the beach just fishing for bait. This is an extremely effective method for surf fishing big game, but always bring some back up baits in case the bait you are searching for does not cooperate.
• Asian Seafood Markets are a great resource for bait! This is (usually) human consumption quality food which in turn is great bait! Buying fresh mackerel or bonito from these stores prior to a surf sharking trip is ideal because it saves a lot of time and effort having to get the bait yourself. I have even bought it to short term freeze for a few upcoming sessions. It works well in a pinch.
• Sport fishing Landings. When the boats are coming back from their 1/2 or 3/4 day trips, a lot of times they have leftover bait or bait at the bottom of their tanks that get stuck in the corners when they dump them. A lot of times, the deck hands will let you scoop them out as it makes it easier for them to clean the boat and don’t care about bait they hope got flushed on the dump. Sometimes, just getting to know some of the deckies at the landings will get you an opportunity to scoop some nice baits from the tank, so always be thankful and bring them some beer. They will appreciate it if they allow you to scoop any. This is not a sure dunk thing though, but just another option at getting some possible fresh bait. 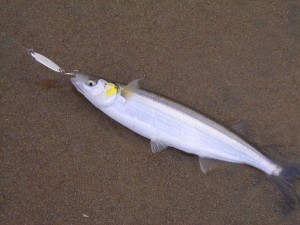 Just like on the sport boats when they are yelling to “Grab Fresh Baits!” during a slow pick of fish, be sure to do the same with cut baits. Change your baits often and use the fresh stuff. It will definitely give you an advantage when hunting the big ones!