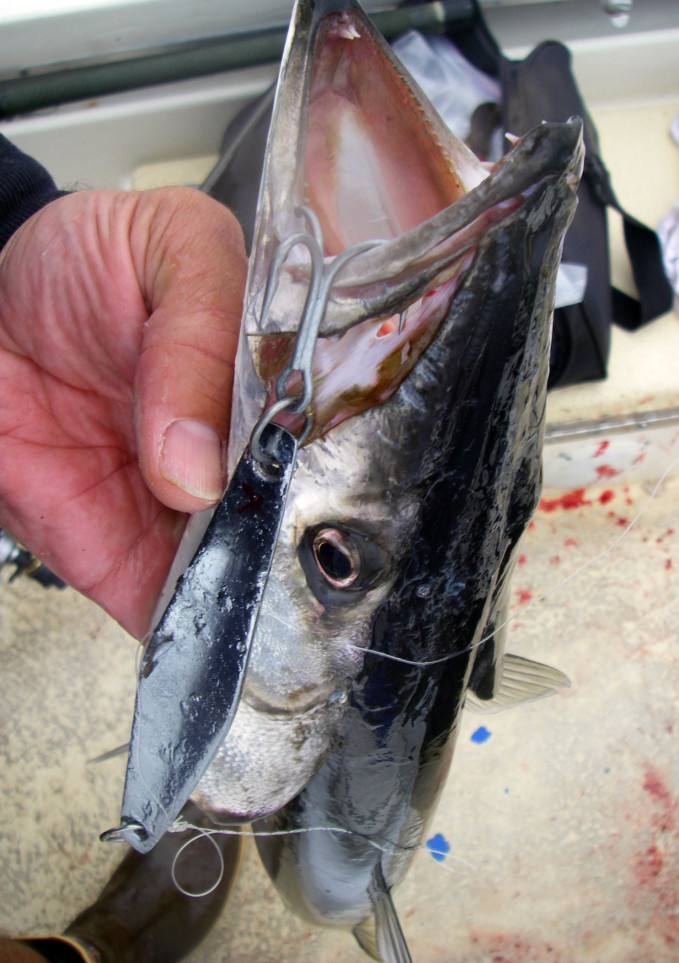 This past Friday, the California Department of Toxic Substance Control (DTSC) released its draft Priority Product Work Plan, a program of the California Green Chemistry Initiative. Given the plan’s profound impact on the fishing community, the California Sportfishing League (CSL) has launched a major online petition to have fishing gear delisted from the Draft Work Plan.

The Draft Work Plan is the first release of Governor Jerry Brown’s Green Chemistry Initiative. The DTSC plan identifies seven product types, including fishing sinkers and gear that contain metals such as lead, zinc and copper. The new regulations could ban the manufacturing, distribution and sale of popular fishing gear for one of California’s most popular forms of outdoor recreation.

“Existing state regulations have already contributed to a significant decline in fishing participation,” said David Dickerson, president of the California Sportfishing League. “Additional regulations will not only encourage fishing gear manufacturers to flee California to business friendly states. Furthermore, when fishing is no longer an accessible and affordable source of recreation for millions of anglers, it will have a substantial impact on California’s economy and jobs.”

“The proposed regulations will increase the likelihood that manufacturers, sellers and retailers of fishing weights and gear will be subjected to costly and onerous regulations, and potential fines,” said Maureen Gorsen, an environmental attorney at Alston & Bird, LLP and former director of DTSC. “The result could be a wide range of enforcement options requiring restrictions or bans on sale, product reformulation, additional environmental impact studies, development of disposal programs or funding for fundamental research and development. The bottom line is that the cost of manufacturing fishing gear will increase significantly and these costs will be passed on to consumers.”

The American Sportfishing Association, which has analyzed product bans in the past, concluded that non-lead fishing tackle products require significant and costly changes to the industry, while alternatives may not be available and most do not perform as well. Depending on the alternative metal and current prevailing raw material costs, the cost of fishing gear could increase 10 to 20 fold. ASA also notes that in 2010, the U.S. Environmental Protection Agencies denied petitions to ban lead weights, stating that lead fishing gear did not pose unreasonable risk of injury to health or the environment.

Given that DTSC just released its priority list this past Friday and will close public comments a mere four weeks later, CSL believes the public has not had sufficient time to fully analyze the proposed regulations on manufacturers, retailers and the broader fishing community. DTSC has announced workshops for September 25 in Sacramento, and September 29th in Cypress before closing the public comment period on October 13, 2014.

“Given that fishing does not impose unreasonable impacts on habitat and wildlife, it is remarkable that fishing gear was included in DTSC’s first draft and with little public notice,” said Dickerson. “As a result, the recreational fishing community, and the industries dependent on its growth, have only weeks to respond to an initiative that will have a profound and costly impact on California tourism and jobs, and possibly, deny millions of Californians and tourists access to recreational fishing. Given the lack of analysis and sufficient time for public input, fishing gear regulations should be delisted from the State’s plan.”

In response to the proposed regulations, CSL has launch a major online petition drive to have fishing gear delisted from DTSC’s draft Priority Product Work Plan. Anglers, manufacturers, retailers and small business owners can join the coalition atwww.sportfishingconservation.org or by Facebook.

The California Sportfishing League (CSL) is a nonprofit coalition of fresh and saltwater anglers, and small business owners devoted to protecting access to recreational fishing. Recreational fishing contributes over $4.9 billion annually to California’s economy, a major of outdoor tourism and jobs.