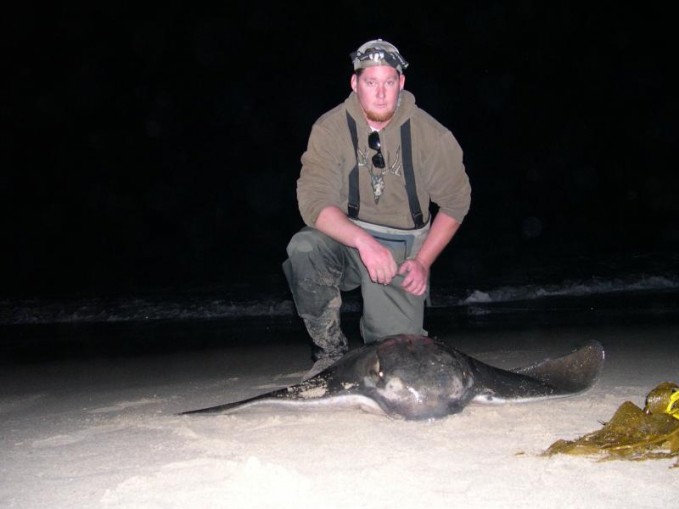 Los Angele’s bay and surf fishing have been quiet for a few months on the mud marlin circuit.  It seems to be heating up at the right time as some LA bat fighters, such as Ray and Eric have been getting some beastly rays up in the surf as well as some nice leopard sharks.  Could LA be making a legit run at San Diego’s crown as Mud Marlin Capitol of the World?

Eric here would disagree as he is confident that they could break the streak and bring LA county the victory!

To read more about Eric’s catch, click the link above.