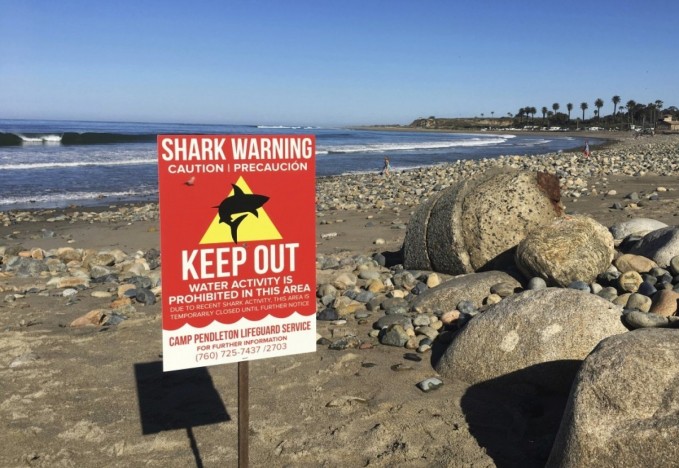 The woman who was attacked by a shark while swimming off San Onofre Beach at California’s Camp Pendleton is “fighting for her life,” according to her mother.

Leeanne Ericson, 35, was bitten on the thigh at about 6:30 p.m. PDT Saturday as she swam just off an area known as “Church” at San Onofre, just south of San Clemente. She was pulled ashore by horrified bystanders, who administered first aid until medical personnel could airlift her to Scripps Memorial Hospital in La Jolla, authorities said.

“[The shark] tore her right back leg from her glute to her knee,” her mother, Christine McKnerney Leidle, wrote on a GoFundMe page. “The Doctors also say that she drowned when the shark pulled her under. She’s now in Scripps Memorial Hospital fighting for her life. She is a single mom with three young children who depend on her. She has a long rode ahead with several surgeries to go. I don’t know how much this will cost, but she’s going to need all the help she can get.”

Laura Smith, a family friend, told CBS 8 that Ericson was swimming with her boyfriend when a rescuer who was surfing heard her scream. “He jumped and dove off the board and went looking for her and found her on the bottom and brought her up on the surf board and paddled in with her and tied the leash around her leg to try to control the bleeding until they airlifted her down to the hospital, but if it wasn’t for him she wouldn’t have made it. He truly saved her life.”

A rubber surfboard leash was used as a tourniquet, witnesses said.

“All of the back of her leg was kind of missing,” Thomas Williams, who said he recently completed EMT training and helped pull Ericson ashore, told the Orange County Register. “If she didn’t receive immediate care, it was life-threatening.”
She was conscious as she received first aid. “She was not calm, of course,” he said, “but she was coherent.”

According to Smith, Ericson is in a medically induced coma. “There are three little girls that are quite nervous and anxious and it’s going to be a shock,” Smith said, adding that medical bills “are going to be that much more pressure on everything.”

In the immediate aftermath of the attack, the beach was closed and state park officials and Camp Pendleton Marine commanders were considering whether to extend the closure. Presently, there is no swimming surfing or diving off the beach for about a mile north and south of San Onofre Beach.

“We’ve closed the beaches in the geographic proximity to the attack,” Todd Lewis, the Central Sector Superintendent for the California State Park’s Orange Coast District, said. “It appears that the life guards at Camp Pendleton are recommending that the beach remain closed for another 24 hours. If they make that final determination, we will follow suit.”

Here’s what you need to know about shark attacks and how to fight back if you’re trapped.
Ralph Collier, president of the Shark Research Committee, a nonprofit research organization that tracks shark attacks on the West Coast and director of the Global Shark Attack File in Princeton, N.J., told the Union-Tribune that young white sharks frequent shallow waters where they can easily find prey, with seals and sea lions drawing them toward shore, too. Most of the time, swimmers and waders are unaware of the sharks’ presence.

“I ventured to San Onofre in 2004, spent a number of days looking down from cliff,” Collier said. “I watched white sharks swimming among, between and below surfers, and they never even knew they were there. It’s not like every time they are around a human they’re going to bite them.”

The last fatal shark attack in San Diego County was in 2010, according to the Union-Tribune, when a 66-year-old retired veterinarian was killed by a great white shark while on a triathlon training swim off Fletcher Cove. Last Memorial Day, a swimmer was bitten by a shark off Corona del Mar, roughly 25 miles north of the Saturday attack. 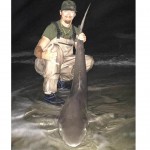