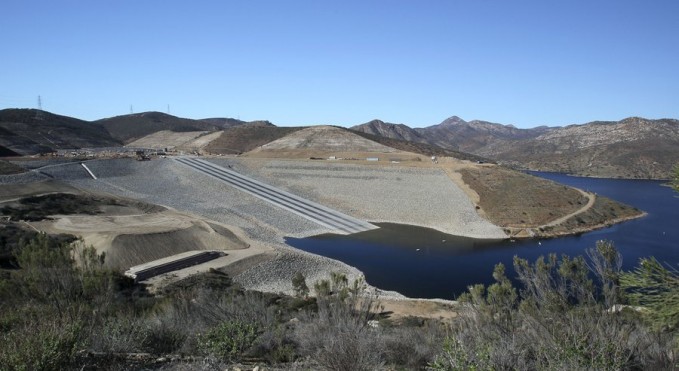 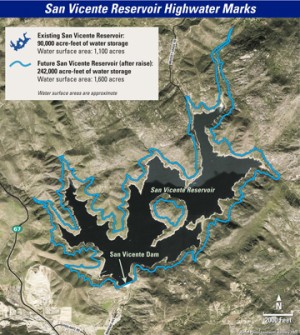 Ticketmaster is to begin selling reservations for boating and fishing permits Thursday, the San Diego Fishing News blog reported. The reservoir has been closed since 2008 for work on its dam.

The news that freshwater fishermen have been waiting for is finally here – San Vicente Reservoir, closed since September 1st, 2008 – has been given a re-opening date and fishing/boating permits will go on sale via Ticketmaster almost immediately.
San Vicente will reopen to the public for fishing and boating on Thursday, September 22nd, 2016.

Anglers hoping to get on the reservoir will need to secure their spots for the opening week much sooner than that. Reservations will begin being sold by Ticketmaster (both online and over the phone) at 7:00 PM (PT) tomorrow, Thursday, August 25th.

Reservations will be sold initially for the dates of September 22nd through Monday, September 26th – which will serve as San Vicente’s “opening week”.

The lake will be open initially Thursday – Monday each week for fishing and general boating, with water contact (wakeboarding, water skiing, etc…) allowed Thursday through Sunday. So Mondays will be essentially a fishing only day.

Permits are expected to be the same cost as the city’s normal fees; $8 for adults to fish, $7 for boat launches, etc… plus applicable Ticketmaster processing fees.

Reservations will be limited to 110 fishing boat launches and 40 water contact boat launches each day, plus an additional 50 vehicles without boats per day.

In anticipation of the opener, we have opened a dedicate message board on our forums to handle all San Vicente discussions (San Vicente Reservoir Forum). Additionally, a special forum has been set up to accommodate anglers who wish to buy/sell/trade San Vicente reservations with others (San Vicente Ticket Trader Forum).

It has not been confirmed whether or not the work on the dock cables, which had been holding up the opening since the Spring, has been adequately repair already or what has led to the decision to open the reservoir on September 22nd.

There has been no decision reached yet on whether rental boats will be available.

Contrary to what has been announced previously, it sounds like shore fishing will be permitted in at least some form, though will likely be incredibly limited in where you’re able to shore fish.