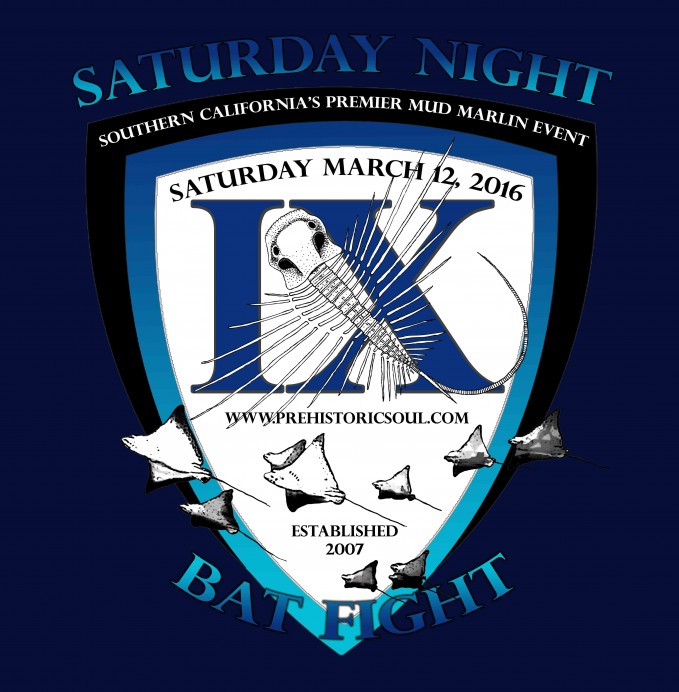 Well. it’s that time again to start preparing for the 9th annual Saturday Night Bat Fight.  This event is a free/bragging rights tournament that anoints the winning county of California supreme rights as the Bat Kings of California for the year.  The story all began back in 2007 when some friendly ribbing was being thrown around on a local fishing forum.  The two fishermen were Donfish and Latimeria  who were deciding which county had bigger bat rays and even if the surf or the bay held the biggest bats!
We both had been bat ray fishing for a long time and were confident in our techniques to catch these beasts.  We were planning (or at least I thought it was going to be mano y mano) to find out which angler had what it takes…  This quickly escalated into what County had the biggest rays as other fishermen joined the fray  and a tournament was born.  Who would have ever guessed it is still going all of these years later.
This humble showdown is anything but humble…. It’s all been about bragging rights and deservedly so since the bats are big, strong and will test your tackle (& will) at times.

Little did we know this would grow into around 150 participants from SD, OC, LA, VC, SB and NorCal to join in and show which county has what it got to get it done.

Be sure to become a member (It’s free) and check out the history of the Bat Fight as well as clicking the link to the Saturday Night Bat Fight Facebook Page.  Just request to join and you will be added to the group.  We want people interested in Bat Ray CPR and enjoy the camaraderie of fishing for big game from the shore. 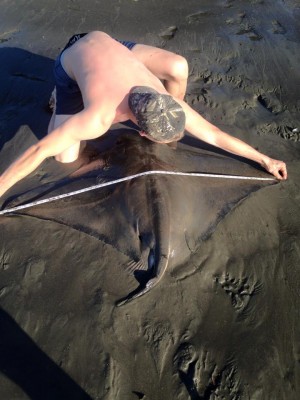