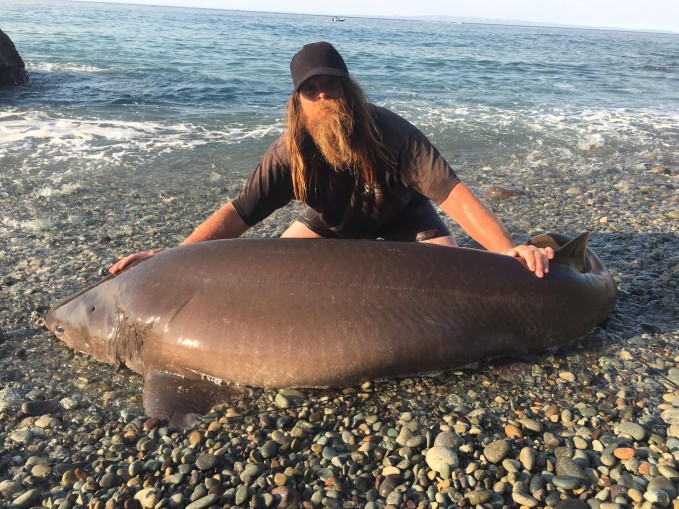 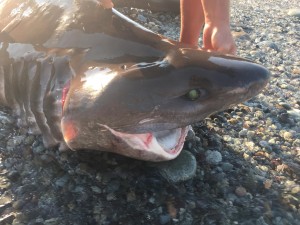 Sixgill Shark – Sometimes, the stars just align perfectly and miracles happen. #covid19 quashed Spencer’s original Sixgill Shark (Hexanchus griseus) plans due to border closures, but that didn’t stop him from getting one right here in Southern California! As he states, “I can’t explain how much this fish means to me, or how rare of a catch it is, especially from land. Pure unadulterated elation.”

Spencer was setting up for Mako when he got this Sixgill instead.  I almost couldn’t believe it when our mutual friend sent me the pictures, but it was an overwhelming “High Five” to the surf shark fishing community, especially with everything that is going on in our country and the world.  Congrats Spencer!  That is a shark that is on the Mount Rushmore of surf sharks, at least for me! 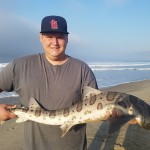