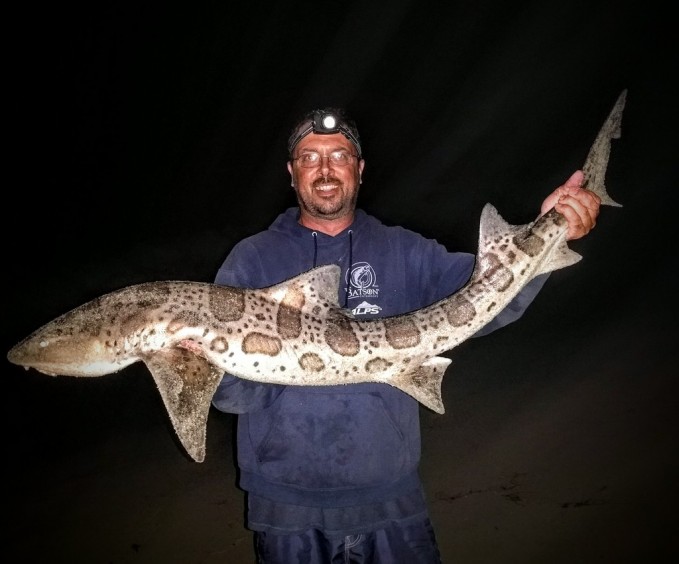 A couple of sharks have hit the sand recently, but after this past barrage of big surf… it seems to have maybe moved some sharks off to calmer and cooler water.  It’s not to say there aren’t any still swimming the shallows, but that mighty springtime run of sharks we recently had looks to have slowed down quite a bit.

With this warmer water, hammerheads have been seen in the surf line off Southern California which makes it really reasonable at getting another shot at these exotic sharks to our surf.  In the meantime, summertime means the Leopard Sharks have spread out along our coast and catches of leopards should be much more frequent as we move into the heat of August.

Keep getting out there and giving it your best.  The summer surf shark contest is still in full swing and to possibly get another chance at a SoCal Hammerhead is worth all the effort! 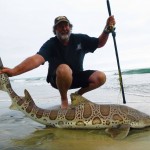