Sevengills Are Lurking the Surf 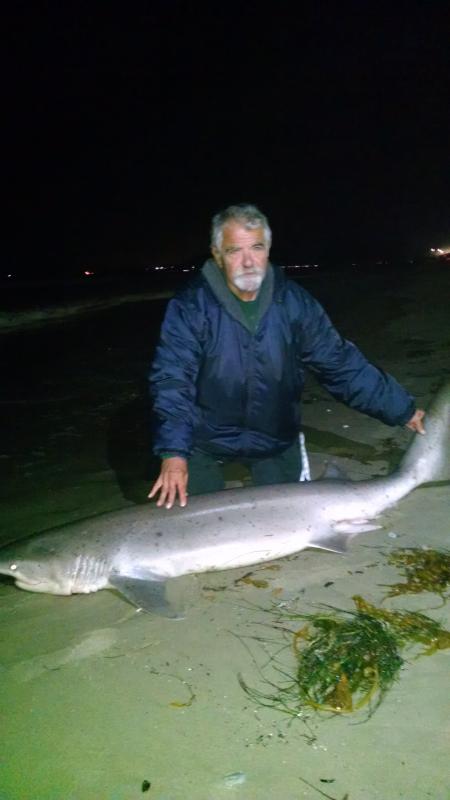 Well, Verne finally popped his Sevengill Shark cherry last night with a beautiful 87″ from the surf.  It already has been a good year with a number of them already taken from the surf for 2015 and hopefully will continue as the year progresses.

As Verne found out, they are not much of a fight considering their size, but put up quite the battle once you get them to shore.  They can spin around and bite their own tail which they often do… just make sure your hand is not pulling on the tail when they do the reach around!  Sevengills  are one of the most prehistoric lineage of sharks that swim out oceans today.  Almost all modern fish and sharks have 5 gill arches in which evolution has widdled them down  from 6 and 7 gills due to the animals poor ability to extract oxygen out of the water.  More modern shark and fish have a much more advanced gill system which absorbs much more oxygen with fewer gills.   So in essence, if you count more than 5 gills or gill slits, you have a more ancient lineage of fish.

Well done Verne and to read more about his great catch, click the link under the picture!

The Business EndLA is heating up with the Big mud marlin...just before the SNBF