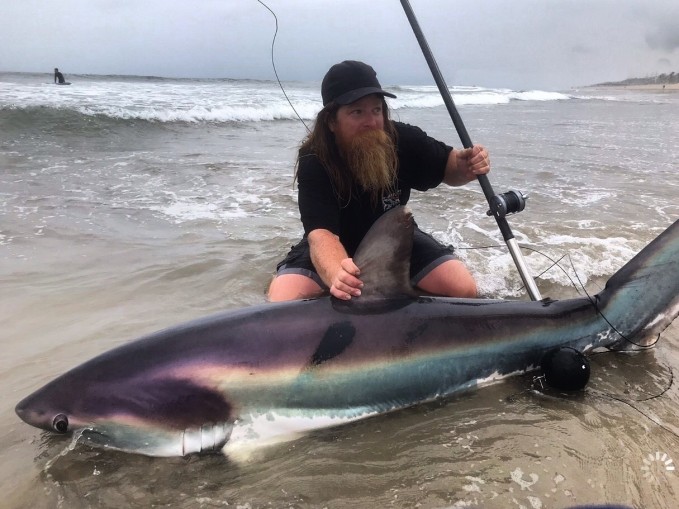 Thresher Sharks from the Surf - Not an everyday sight, but has happened occasionally.  Spencer from Terra-Firma Tackle just raised the bar with a beautiful Thresher shark he caught and released last week along with getting a second one recently!  Major props to him and his commitment to C&R surf shark fishing.  I’m just hoping to catch one on a surf casted bait since my old ass can’t paddle out baits like these young guns do.  The next one on his list will definitely be the mako and I have no doubts that him or Chris (Pierfisher) will be one of the ones that get it done!